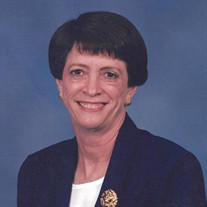 Sylvia Ann Appleberry Chapman of Ozark passed away October 4, 2020, at Baptist Hospital Fort Smith at the age of 80 years. She was born April 7, 1940, in the East Jefferson community of Desha County, the daughter of the late Russell and Juanita Doss Appleberry of Ozark, Arkansas. She is survived by her husband of 56 years, Irving Chapman; son Tracy Chapman of Ozark and grandson Dakota of Alaska; and son Tony Chapman, son-in-law Todd Monsey, and granddaughter, Olivia, of Dallas. One niece; Kim, and husband Toby Hogan of Ozark, and their daughter, Hayley, and husband Cameron Jernigan of Rogers. One nephew; Joe Bill Watson and wife Tammy of Mountain Home. Her best friend and caregiver, Barbara Garner, of Ozark. Sylvia joins her sister, Jeanie Watson of Ozark, and their parents in Heaven. Sylvia graduated from McGehee High School and completed her freshman year of college in Monticello. She went on to graduate with her Bachelor of Science degree in Physical Education from Mississippi Southern College in Hattiesburg. Sylvia’s career was spent mentoring and caring for others as an educator. She taught her first two and a half years at the Kate Griffin Junior High School in Meridian Public Schools. While home on Christmas break in 1963, Sylvia received a phone call from Irving inviting her to a concert. As they say the rest is history, and the two were wed in 1964. After working in the welfare industry and staying home with their firstborn son, Tracy, Sylvia ultimately returned to her love of teaching as part of the Ozark School District in 1974. In her early years of teaching at Ozark, Sylvia coached the girls’ basketball team. She also taught Health and Physical Education and was the cheerleading sponsor for both the junior high and high school squads for more than 20 years. Not only did she drive the cheer bus to the football and basketball games, but you’d always find Sylvia at the officials’ table, keeping score and cheering “her kids” on during countless basketball games. She was a coach, friend and mother to many for 28 years before retiring in 2004. She was also an active member of the United Methodist Women and served as the Youth Director for the First United Methodist Church in Ozark. Funeral service will be held at 2pm Thursday, October 8, at the First United Methodist Church, with Brothers Toby Hogan and Brad Elrod officiating. Family friend Gwen Ford Faulkenberry will share memories in honor of Sylvia. Pallbearers include Joe Bill Watson, Cameron Jernigan, Brandon Melton, Johnathan Ree, Mike Gibbons, and Sean Wright. Honorary pallbearers include Coaches Ron Rippy, John Parrish and Ben Lairamore. She will be laid to rest at the Highland Cemetery under the direction of Shaffer Funeral Home in Ozark. Open viewing will be held from 8:00 AM until 9:00 PM Wednesday, October 7th at Shaffer Funeral Home, 231 West Commercial Street in Ozark.

Sylvia Ann Appleberry Chapman of Ozark passed away October 4, 2020, at Baptist Hospital Fort Smith at the age of 80 years. She was born April 7, 1940, in the East Jefferson community of Desha County, the daughter of the late Russell and Juanita... View Obituary & Service Information

The family of Sylvia Ann Chapman created this Life Tributes page to make it easy to share your memories.

Send flowers to the Chapman family.