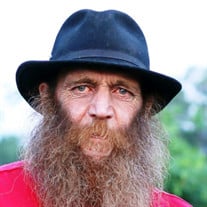 Kim Tobin, age 69 of Altus, Arkansas passed away at home July 28, 2021. He was a truck driver for D & S Transport Service and was of the Christian Faith. Kim had a passion for building and riding motorcycles. He enjoyed working as a diesel... View Obituary & Service Information

The family of Ronald Kim Tobin created this Life Tributes page to make it easy to share your memories.

Send flowers to the Tobin family.