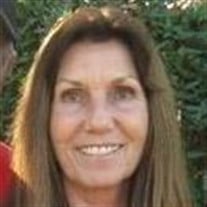 Judith Lynn Fowler, 70, of Clarksville, Arkansas, died Saturday, October 5, 2019 in Russellville, Arkansas. She was a homemaker. She was born April 19, 1949 in Clarksville to Virgil and Helen Weishaupt Gean. She was preceded in death by her... View Obituary & Service Information

The family of Judith Lynn Fowler created this Life Tributes page to make it easy to share your memories.

Send flowers to the Fowler family.