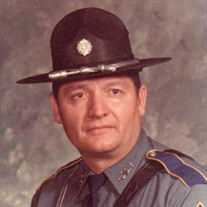 Joseph “Joe” Robert Jacobs, Sr., age 84, of Alexander, Arkansas died Tuesday, September 29, 2020 in Alexander. He graduated from the College of the Ozarks in Clarksville, Arkansas with a B.A. degree in 1957. Joe attended the Traffic Institute at Northwestern University in Evanston, Illinois in 1976. He obtained an RN degree from Baptist School of Nursing in Little Rock, Arkansas in 1992. Joe served his country in the US Navy as a 2nd Lieutenant, retired as a Lieutenant of the Arkansas State Police (1968-1987), and retired as an RN at Veterans Hospital, Fort Roots in North Little Rock, Arkansas. Joe was a member of the Lake Norrell Area Association in Alexander. He was born January 3, 1936 in Brownsville, Texas to Argus McCoy and Merle Maria Noe Jacobs. He was preceded in death by his parents; his wife, Sharon Kay Owen Jacobs; and a brother, Phillip Jacobs. He is survived by his son, Joseph R. Jacobs, Jr. and wife Lea Ann of El Paso, Texas and his daughter, Jill Jacobs Lewis and husband Jeremy of Alexander; a brother, E. L. Jacobs of Paris; five grandchildren: Carter, Sorrel, and Presley Jacobs, and Slade and Zachary Lewis; and one great grandson, Jaxon Lewis. Funeral service will be held at 10:00 AM Saturday, October 3, 2020 at Gardner Memorial Family Center, 105 South 5th Street in Ozark, with David Barnes, Joseph Jacobs, Jr. and Scott Mead officiating and burial at Oak Ridge Cemetery under direction of Shaffer Funeral Home of Ozark. Serving as pallbearers are grandsons, Slade and Zachary Lewis and Carter and Presley Jacobs. The family will visit with friends from 6:00 until 8:00 PM Friday, October 2nd at Gardner Memorial Family Life Center. In lieu of flowers, memorials may be made to American Diabetes Association, 1732 Moberly Lane, Bentonville, AR 72712 or [email protected]

Joseph &#8220;Joe&#8221; Robert Jacobs, Sr., age 84, of Alexander, Arkansas died Tuesday, September 29, 2020 in Alexander. He graduated from the College of the Ozarks in Clarksville, Arkansas with a B.A. degree in 1957. Joe attended the Traffic... View Obituary & Service Information

The family of Joseph Robert Jacobs Sr. created this Life Tributes page to make it easy to share your memories.

Send flowers to the Jacobs family.