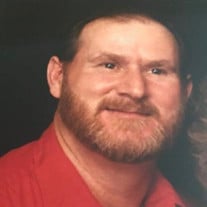 Frankie L. Inklebarger, 73, of Huntsville, Texas died Wednesday, August 7, 2019 in Huntsville. He was a Cement Driver and Mechanic and was of the Freewill Baptist faith. He was born November 30, 1945 in Charleston, AR to Benjamin Franklin... View Obituary & Service Information

The family of Frankie L. Inklebarger created this Life Tributes page to make it easy to share your memories.

Send flowers to the Inklebarger family.