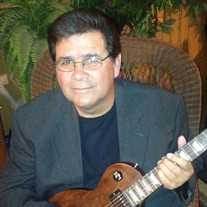 Donald Mack Wright, 63, of Ozark, Arkansas died November 25, 2020. He was a truck driver and was of the Pentecostal Faith. He was born May 13, 1957 in Monticello, Arkansas to Donald Leon and Reatha LaFran Hood Wright . He was preceded in... View Obituary & Service Information

The family of Donald Mack Wright created this Life Tributes page to make it easy to share your memories.

Send flowers to the Wright family.