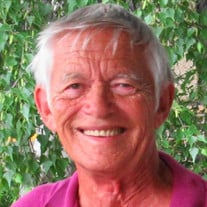 Allan Lennart Geslin, 77, of Ozark, passed away on August 27, 2019 due to injuries sustained from a motor vehicle accident. Allan was born in New Ulm, Minnesota to Marjorie and Lennart Geslin on June 24, 1942. He was baptized and confirmed in the Lutheran faith. He received his education in New Ulm. He served in the United States Navy and was honorably discharged after 4 years of service, and also served in the Army National Guard. He married Kathleen Mack and moved to Luverne, Minnesota to raise their family. He worked for Northwestern Bell for 27 years, where they met several lifetime friends. Together they enjoyed card clubs and bowling. Family vacations were spent fishing and camping in northern Minnesota. He traveled throughout the United States visiting national parks. The Redwoods were his favorite, and he was a proud member of the Save the Redwoods League and other conservation organizations. Following his retirement, his love of hunting and fishing led him to Alabama and more recently Arkansas. He spent countless hours fishing and camping at Cove Lake and along the river. He also kept active shooting hoops and following his beloved Minnesota Twinkies. He liked playing games and was a frequent winner of the Geslin family traveling trophy. It was the highlight of our family gatherings. He loved to laugh and tease, especially after beating the grandkids at basketball and his daughters at ladder ball. Allan attended church and bible study regularly, and remained a member of Bethany Lutheran Church in Luverne. Allan is preceded in death by his father, Lennart, and his stepfather, Louis. Allen is survived by his mother, Marjorie, the mother of his children, Kathleen, his daughters Dawn (Brandon) Gunsalus, Dana (Kris) Swanson, grandchildren Lindsay (Tyson) Weber, Alison (Tony) Willers, Tyler Brands, Katelyn (Mark) Van Aartsen, Codie (Cristina) Swanson, and Jordin Swanson, and 4 great grandchildren: Reagan (Willers), Nolan, Reece (Weber) and Jayce (VanAartsen). Siblings Myra Geslin, Janice (Mel) Rubink, Chuck Spoor, Roleen (Wade) Schlie, and Craig (Robin) Spoor. A private memorial service will be held at a later date. He will forever be loved and missed by many.

Allan Lennart Geslin, 77, of Ozark, passed away on August 27, 2019 due to injuries sustained from a motor vehicle accident. Allan was born in New Ulm, Minnesota to Marjorie and Lennart Geslin on June 24, 1942. He was baptized and confirmed... View Obituary & Service Information

The family of Allan Lennart Geslin created this Life Tributes page to make it easy to share your memories.

Send flowers to the Geslin family.